Rolls-Royce Motor Cars unveiled its latest Collection Car, Wraith Eagle VIII, on the shores of Lake Como at this year’s Concorso d’Eleganza Villa d’Este, 24-26 May. Created by the Bespoke Collective at the House of Rolls-Royce, a Collection of just 50 Wraith Eagle VIII motor cars will tell the epic tale of one of the most pivotal moments of the 20th century.

Captain John Alcock and Lieutenant Arthur Brown braved uncharted skies to make the first non-stop transatlantic flight in June 1919. Contemporaries of Sir Henry Royce, Alcock and Brown, flew non-stop from St. John’s, Newfoundland to Clifden, Ireland in a modified First World War Vickers Vimy bomber aircraft. The bi-plane was powered by twin 20.3 litre, 350 bhp, Rolls-Royce Eagle VIII engines. It is from this remarkable engine that this Collection takes its name. Rolls-Royce marks the 100th anniversary of this feat with a highly contemporary Collection that speaks to today’s adventurers, whilst honouring those who changed the course of history.

“I do not know what we should most admire – their audacity, determination, skill, science, their aeroplane, their Rolls-Royce engines – or their good fortune”, commented Sir Winston Churchill, following the perilous journey that brought unfathomable advancement to 20th century society. 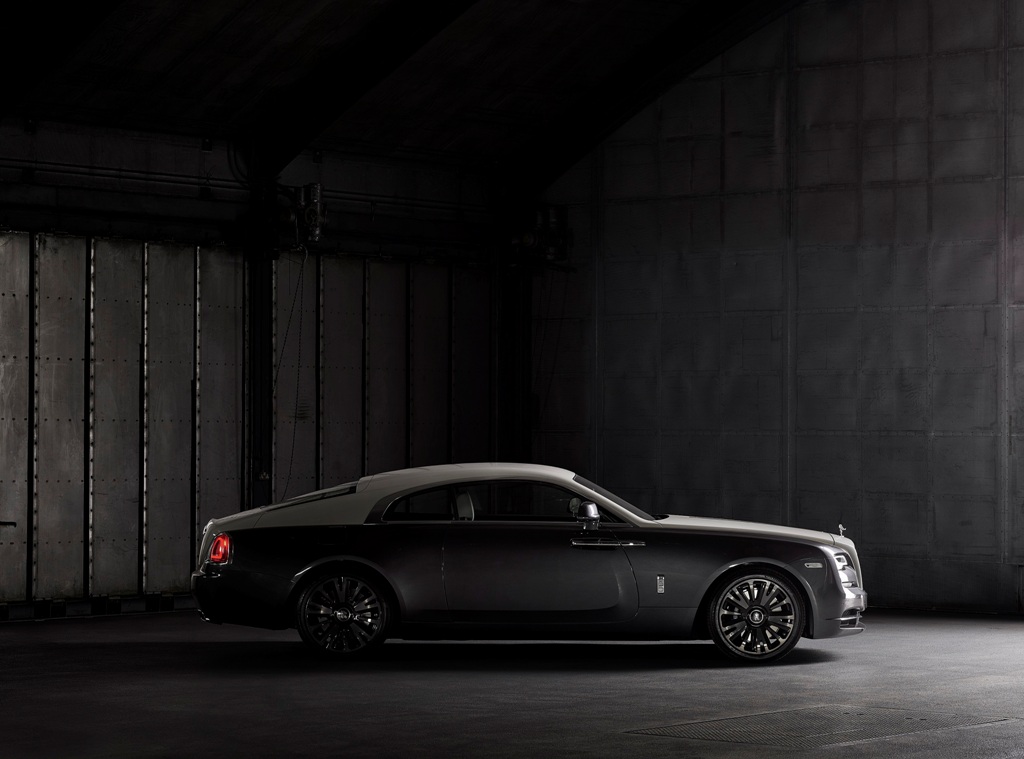 Alcock and Brown established a legend and gained a place alongside Donald Campbell, CBE in the most select club in the world; those who push beyond previous conceptions of human endeavour to achieve seemingly impossible records on land, water and now, air. Their one binding characteristic? Rolls-Royce power.

The duo suffered every conceivable challenge an aviator could face. The Rolls-Royce Eagle VIII engines were the only components that proved indestructible. The engines propelled the aerial voyage at previously unimagined speeds, averaging 115 mph. Their peril cannot be underestimated. Their radio and navigation instruments failed almost immediately, leaving the pilots flying unaided at night through the dense cloud and freezing fog for many hours, sometimes upside down. Eventually, they emerged from the cloud and using Brown’s extraordinary skill as a navigator, flew by the stars to the coast of Ireland.

Torsten Müller-Ötvös, Chief Executive, Rolls-Royce Motor Cars, commented, “Wraith Eagle VIII is at once an object of desire; an homage to heroes and a protagonist to today’s visionaries. This Rolls-Royce Collection demonstrates the extraordinary skill of our Bespoke Collective at the Home of Rolls-Royce in Goodwood, West Sussex. Bespoke remains the jewel in the crown of the marque, creating luxury items that defy the trend of mass luxury manufacturers using ‘tick-box’ options to answer customer demand.” 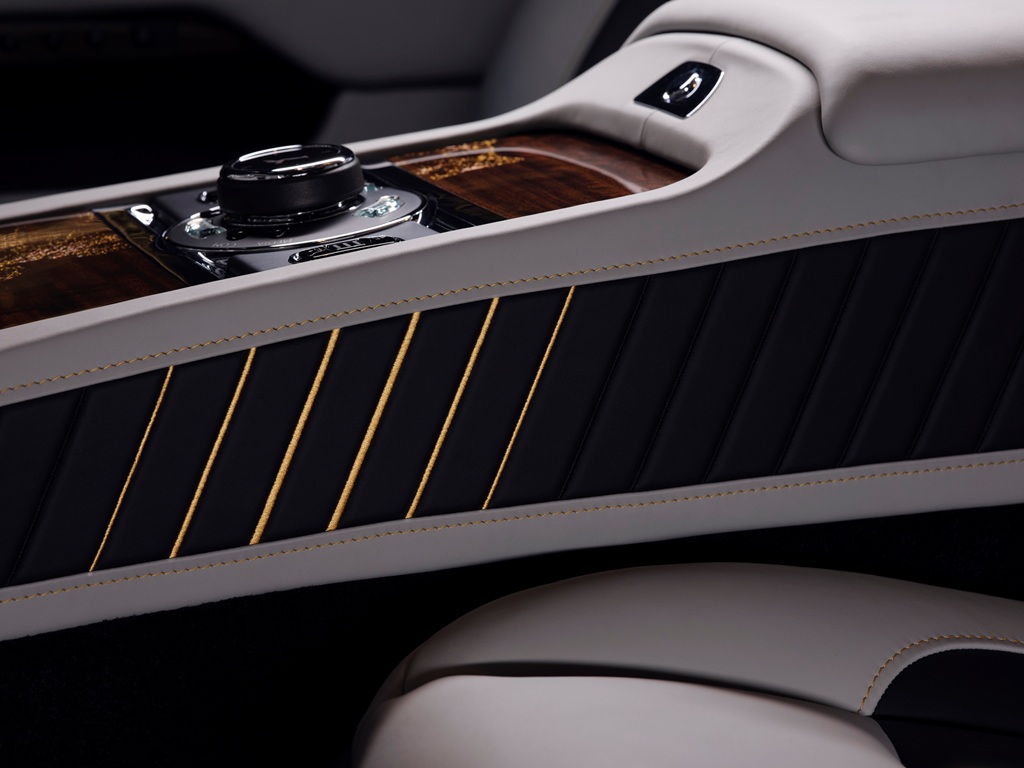 The exterior of the Wraith Eagle VIII Collection Car is evocative of Alcock and Brown’s compelling nighttime adventure. Swathed in Gunmetal with a Selby Grey upper two-tone, the colours are separated by a brass feature line, a hint at the detailing that lies within. The black grille vanes draw immediate reference to the Rolls-Royce Eagle VIII engine cowling on the Vickers Vimy aircraft; the wheels are part polished with a translucent shadow finish. 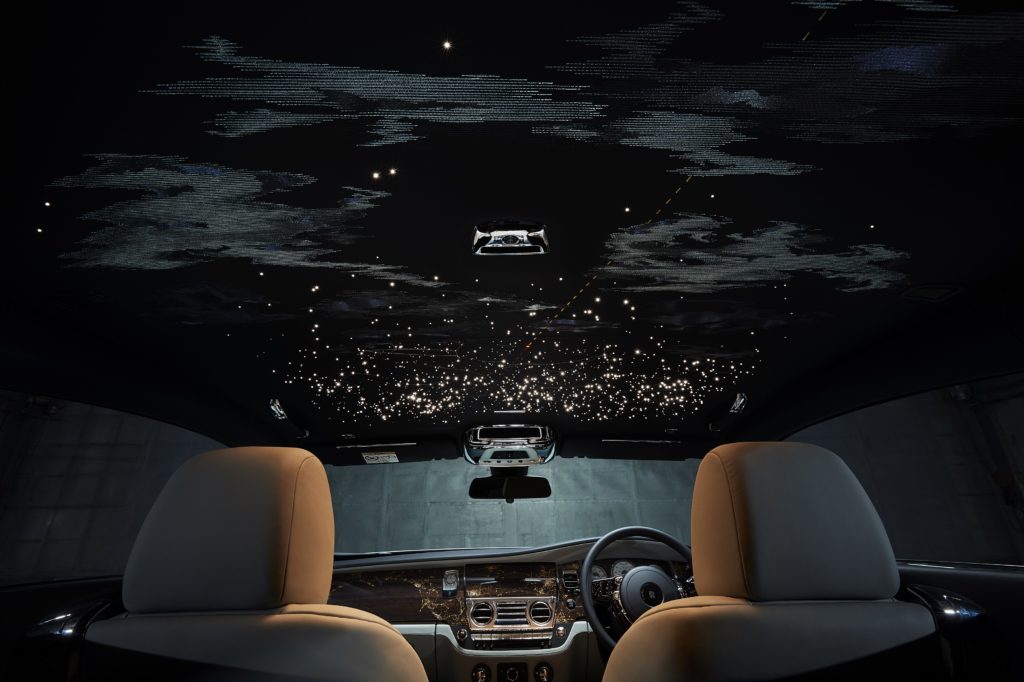 Within, the finely executed interior mirrors the exterior hue. Selby Grey and black leather are accented by brass, redolent of the brass sextant so integral to the success of the transatlantic journey. Executed in a contemporary fashion, the material populates key areas throughout the cockpit of the Collection. Brass speaker covers depict the estimated flight distance of 1,880 miles and ‘RR’ monograms are embroidered in brass coloured thread onto headrests. A flash of brass complements the navigator door panniers, whilst the door of the driver includes a brass plaque with Churchill’s quote commending the duo’s remarkable achievements.

Inspired by the nighttime flight of our intrepid heroes, the fascia represents a modern-day abstract interpretation of the view the pair would have enjoyed as finally, their craft cleared the thick fog and cloud. In a fusion of contemporary and traditional practices, Smoked Eucalyptus wood is vacuum metalised in gold before being inlaid with silver and copper, to depict the rich detail seen in nighttime images of the Earth from above. The scene extends to the centre console providing both an emotive and immersive experience for today’s occupants – the cockpit is in perspective with the headliner. Below, the brass-stitched quilted sides of the centre tunnel provide a direct nod to the V12 engined Vickers Vimy.

The clock of a Rolls-Royce is frequently viewed as jewellery, with many patrons choosing this canvas to tell the story of their motor car in miniature. Wraith Eagle VIII is no exception. Our intrepid pioneers recounted that their instrument panel was frozen from the high altitude and the poor conditions, referring to the only illumination coming from the green glow of the control panel lighting and the burst of flame from the starboard engine. In homage to this, the Rolls-Royce Bespoke Collective has masterfully fabricated a clock with an iced background effect which glows a faint green in night time driving conditions. The red hour hand sits atop compass inspired lines on the clock’s fascia, whilst the landing location coordinates are engraved below. 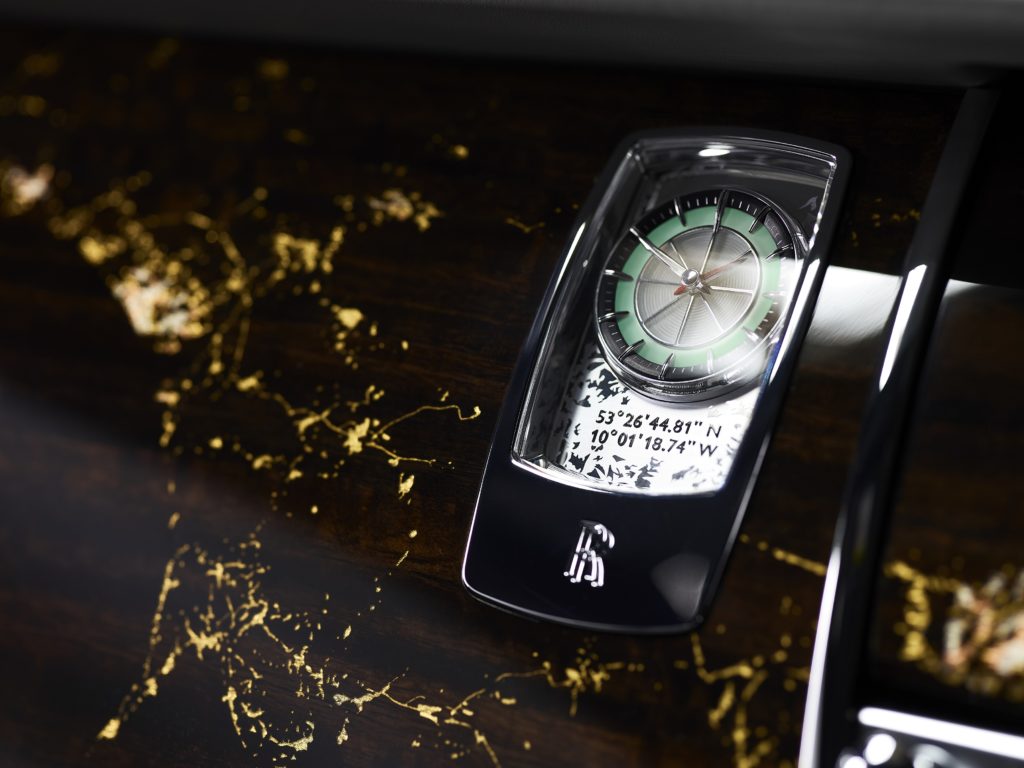 Perhaps the most alluring feature of the Collection is the extraordinary unique starlight headliner. One thousand one hundred eighty-three starlight fibres show the celestial arrangement at the time of the flight in 1919, the flight path and constellations are embroidered in the brass thread, whilst a red fibre optic light indicates the exact moment the pair left the cloud to navigate by the stars.

Clouds are embroidered and a plaque reading, “The celestial arrangement at the halfway point 00:17 am June 15th 1919, 50” 07’ Latitude North – 31” Longitude West” shows the half-way point of the momentous journey.

Just 50 of these highly collectable motor cars will be created for discerning collectors at the Home of Rolls-Royce in Goodwood, West Sussex – a Centre of Global Luxury Manufacturing Excellence. 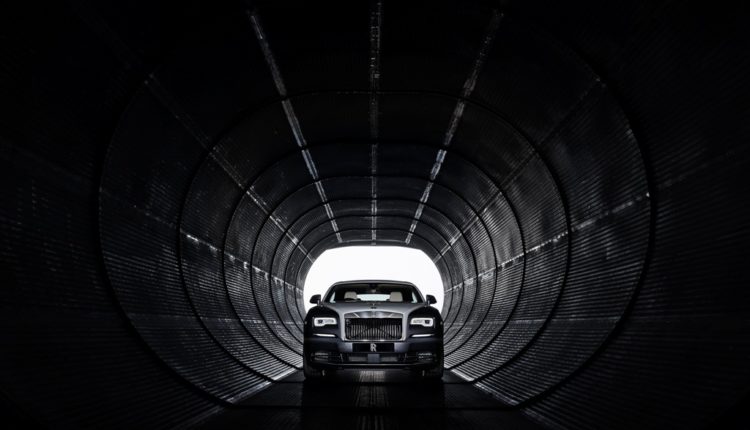 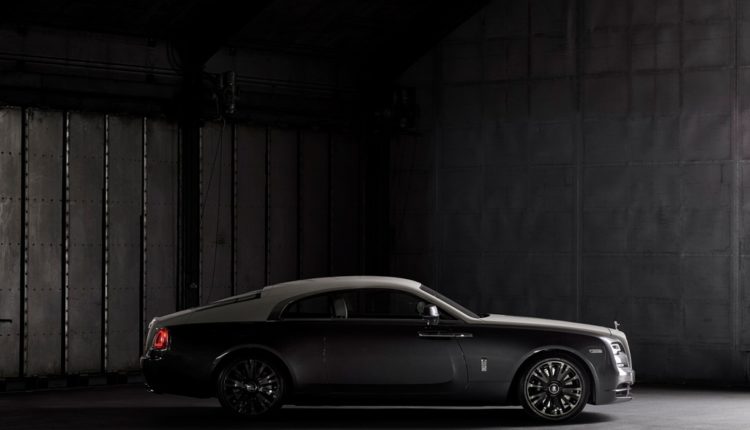 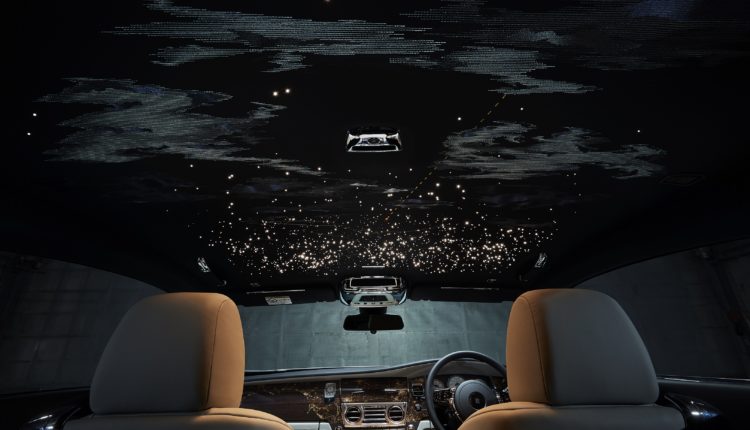 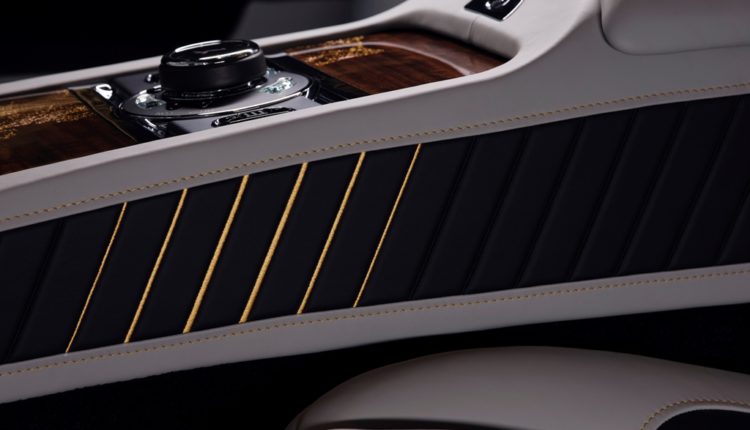 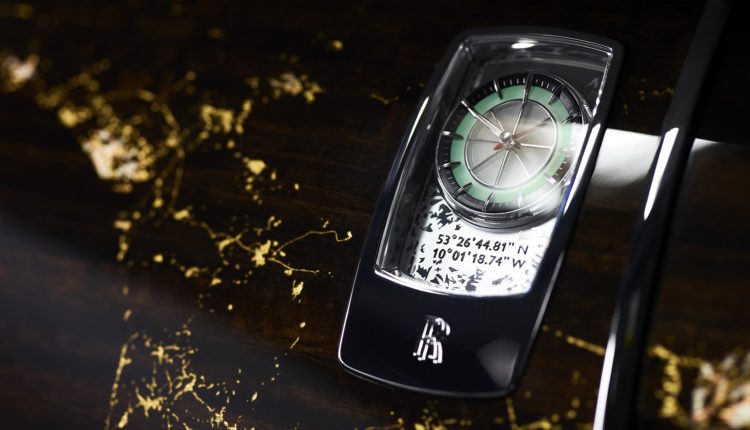