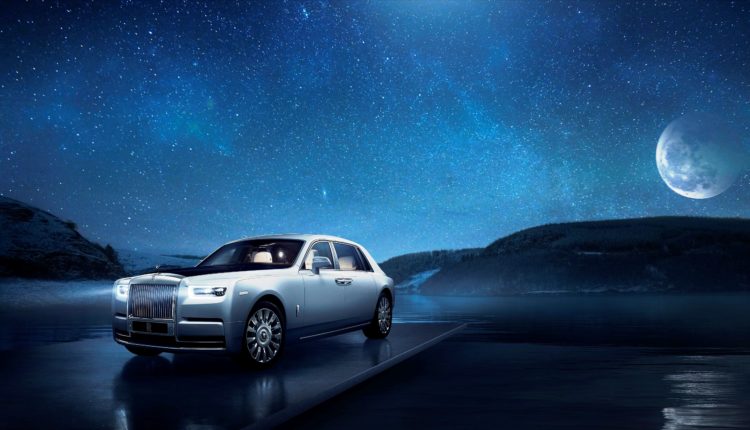 Rolls-Royce Showcases the Most Recent Interpretation of Their Motoring Expertise in the Shape of the Latest, Bespoke Phantom Tranquillity

Rolls-Royce has showcased the most recent interpretation of their motoring finesse and expertise in the shape of the latest, Bespoke Phantom Tranquillity. This Collection is strictly limited to just 25 examples worldwide and available as both Phantom and Phantom Extended Wheelbase, which discerning collectors have already purchased.

The reveal at the 2019 Geneva Motor Show comes alongside the release of a beautifully filmed video interview with Matt Danton, the lead designer on Collection Cars.

Both the short film and the Phantom Tranquillity motor car design, embrace the theme of the serenity of space. This is in keeping with the Phantom Tranquillity’s name and craft, which celebrates the feeling of euphoric tranquillity one achieves inside the car, and the magnificently curated objects and inspirations from worlds beyond earthly bounds that sit within the model.

These include the Tranquillity’s Gallery, a design inspired by the X-Ray coded aperture masks used on the British Skylark space rocket. High energy radiation passes over and through the distinctive perforated pattern, creating a coded shadow on the layers beneath. The properties of the original radiation sources were mathematically reconstructed from this shadow and rendered in highly reflective stainless steel, 24-karat gold plating and space grade aluminium.

Space exploration is also uniquely manifested, for the Rolls-Royce car owners who conceive and achieve the impossible, with the incorporation of meteorite within the Volume Controller, this is further enhanced with a bright gold grip that matches the gold finish in the Gallery. This remarkable application of authentic Muonionalusta meteorite, which fell to earth in Kiruna, Sweden in 1906 – the year that Rolls-Royce was founded, is complemented by a detailed engraving of the location and date of its discovery.

Inspired by the light and dark sides of the Moon, the interior is available in Arctic White or Selby Grey leather. In both the Light and Dark variants, Bespoke Audio Speaker Frets are finished in yellow gold – inspired by the historic NASA ‘Voyager’ satellites, that carried two gold records with sounds and images that portrayed the diversity of life on Earth, for any intelligent extra-terrestrial life that might find them.

The Phantom Tranquillity is a statement piece for the visionaries who push beyond accepted limits.