Today, as excitement builds towards the premiere of ‘The Great Eight Phantoms’ Exhibition at Bonhams in Mayfair, London next week, Rolls-Royce has announced the final three great Phantoms that will join the event.

Her Majesty Queen Elizabeth II has graciously assented to her Phantom VI State Limousine being present for the public to see. Also joining the Exhibition are the Phantom IV that belonged to the Aga Khan III  –one of 18 such Phantoms built only for Royalty and Heads of State; and the First Goodwood Phantom VII, which began the renaissance of Rolls-Royce on 1 January 2003. Her Majesty Queen Elizabeth II has graciously assented to her Phantom VI State Limousine being present at ‘The Great Eight Phantoms’ – A Rolls-Royce Exhibition for the British public to see.

In 1977, to mark her Silver Jubilee, the UK’s Society of Motor Manufacturers and Traders gifted Her Majesty a new official State Limousine, a custom-built Phantom VI.

The most striking aspect of this Park Ward-bodied Phantom VI is its raised roofline, supporting an enormous expanse of toughened glass. It enables Her Majesty, and indeed other members of the Royal family who use the vehicle to see and (more importantly) be seen. 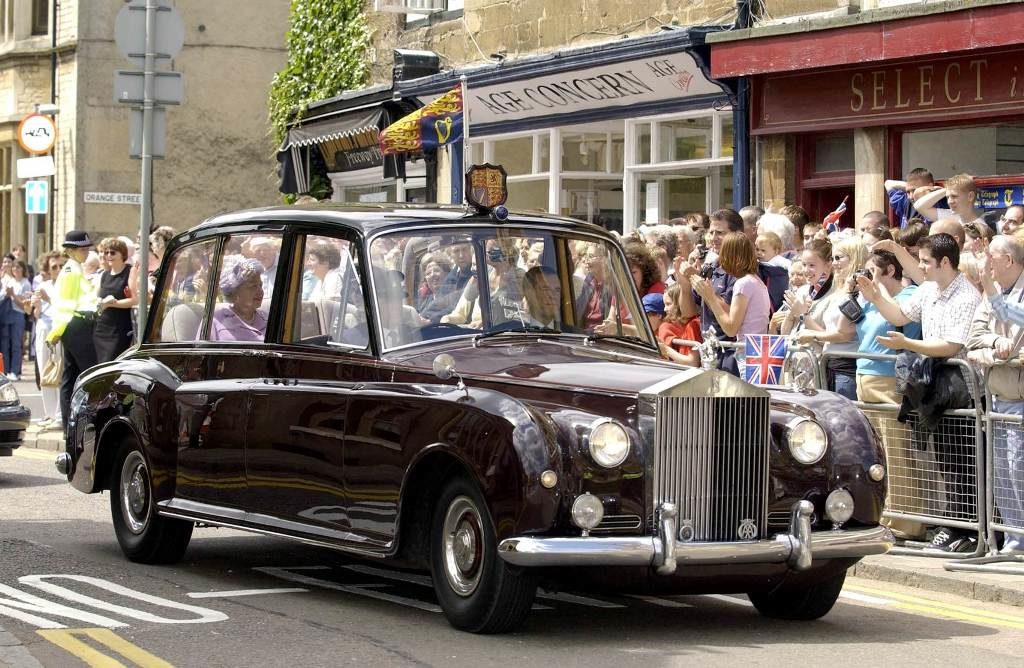 This Phantom, like others in the Royal Fleet, had the ‘Royal mascot’ of St. George slaying the dragon put in place of the Spirit of Ecstasy when Her Majesty was on board, apart from when she visited Scotland when a silver lion is used instead. It also had a fitment to hold the Queen’s Shield and the Royal Standard. As with all the fleet it was finished in Royal Claret and Black Livery and being a state car, it had no need for a number plate.

The Phantom VI was present at another milestone in The Queen’s long reign in 2011. On April 29 of that year Prince William, her grandson, married Kate Middleton. The Duchess of Cambridge and her father were driven to the Abbey in the Phantom VI, taking full advantage of the panoramic glass to give the delighted crowds the best possible view of her last few minutes as Kate Middleton before she transformed into a Princess; a happy ending for both Kate and the splendid Silver Jubilee Phantom VI.

The second Royal Phantom to be present at the Exhibition will be that of the Aga Khan III. The Aga Khan III is famous for combining a jet set lifestyle as a thoroughbred horse owner with his role as leader of the Nizari Ismaili Muslim community. The Aga Khan was among just 18 heads of state and members of royal families to commission a Rolls-Royce Phantom IV. Aga Khan III was President of The League of Nations from 1937 to 1938, but also owned five Derby winners and won British flat racing’s Champion Owner title 13 times. He liked the finest things in life and so his choice of a Rolls-Royce Phantom IV was no surprise.

The Hooper coachwork of the Aga Khan’s Phantom IV has remarkable flowing lines, the rear wheels are enclosed and the body is in the Sedanca de Ville style, whilst the interior features sumptuous red leather, using Connolly hides. It took two years to build, from 1950 to 1952, thanks to its many bespoke additions; an adjustable mirror, concealed silver brush, comb and compact – all engraved with the Aga Khan’s royal crest which was also to be seen on the doors – as well as a built-in Dictaphone and a full picnic set.

‘The Aga Khan Phantom IV’ has been kindly loaned to ‘The Great Eight Phantoms’ by Mr Ion Tiriac.

The First Goodwood Phantom is the motor car that began the renaissance of Rolls-Royce in 2003. Known at the time as “the last great adventure in automotive history”, this renaissance has seen Rolls-Royce retake its rightful place as the world’s leading luxury brand with highly progressive models beginning with Phantom, then Ghost, Wraith and Dawn, and the only true luxury approach to satisfying the desires of every individual customer – Bespoke. 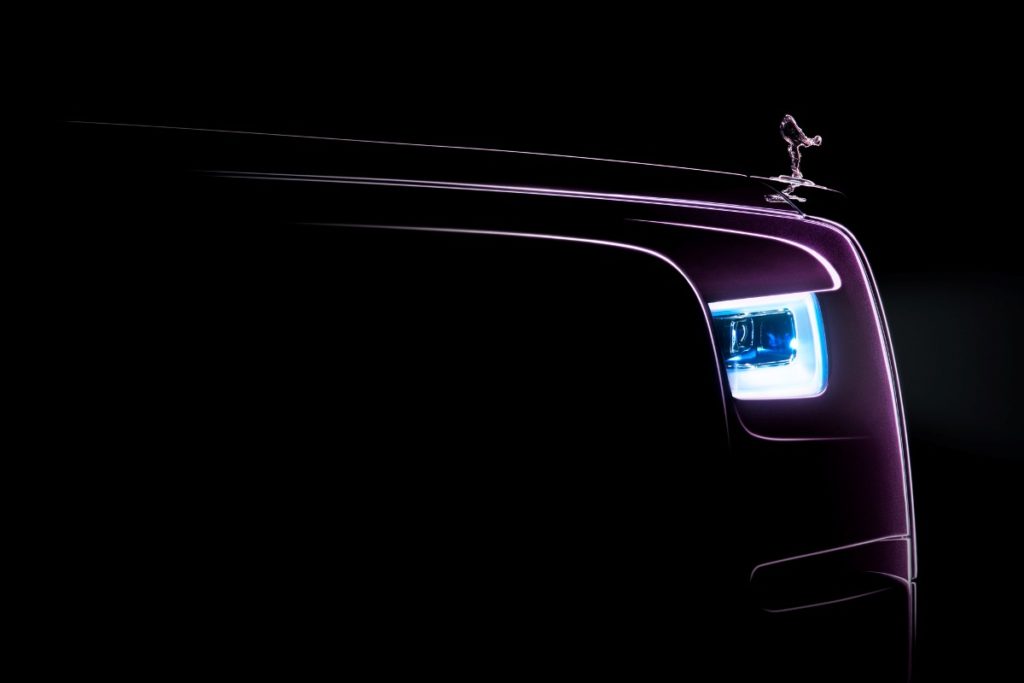 Three months after its debut at 00.01 on 1 January 2003, the First Goodwood Phantom was shipped from Southampton, England to Perth, Western Australia for its Australian debut in April 2003. Following that debut, the Phantom was to undertake its first big adventure in the hands of its owner – a 4,500-mile epic drive across Australia. The route left Perth, heading down the coast of Western Australia, across the Nullarbor Plain to Adelaide in South Australia, then into Victoria and along the Great Ocean Road until finally arriving at the Harbour Bridge in Sydney, New South Wales.

The owner provided daily updates of ‘driver impressions’ to the team back at Goodwood, declaring the new Phantom to be “a Grand Tourer in the truest sense of the words”. The car performed faultlessly, its only issue some sand that had entered the Spirit of Ecstasy retraction mechanism during a dust storm in the Australian desert. 14 years after its creation, this First Goodwood Phantom remains in exceptional condition. It is loaned to ‘The Great Eight Phantoms’ – A Rolls-Royce Exhibition by its owner, the same gentleman who originally commissioned it. 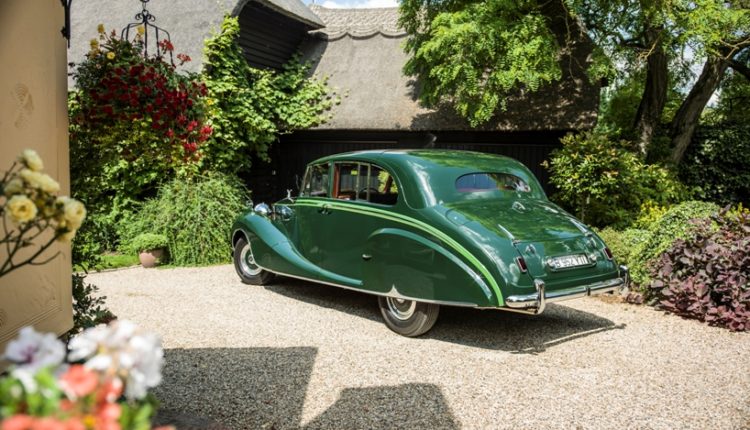 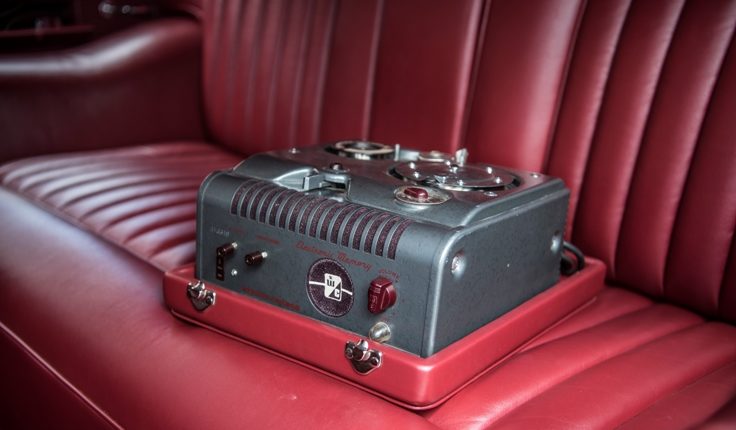 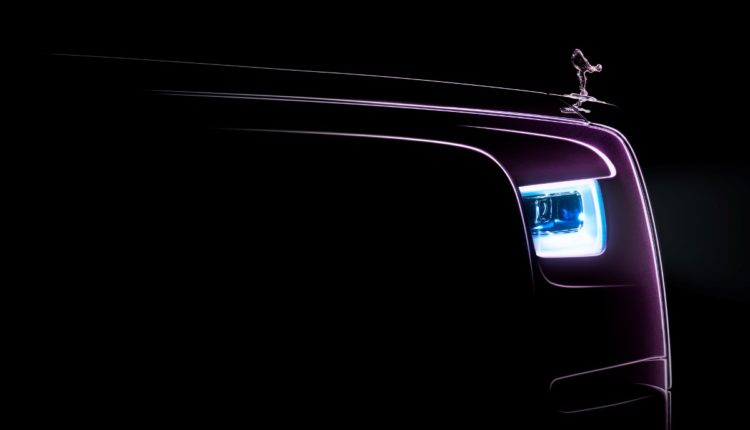 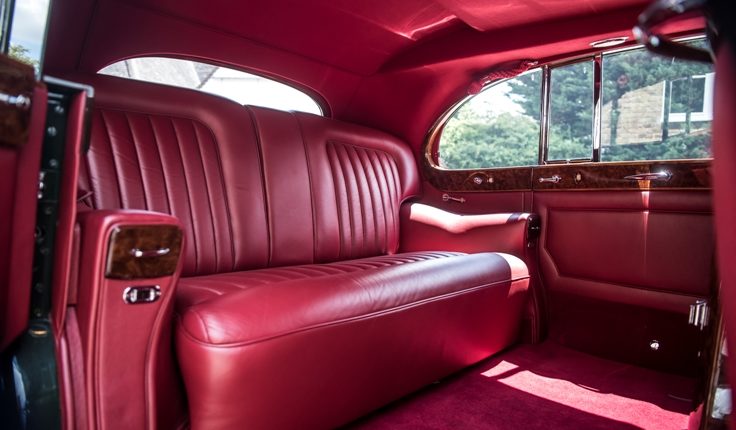 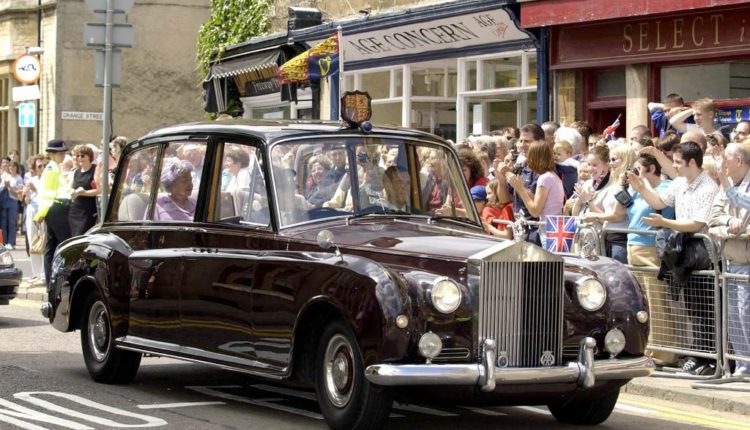