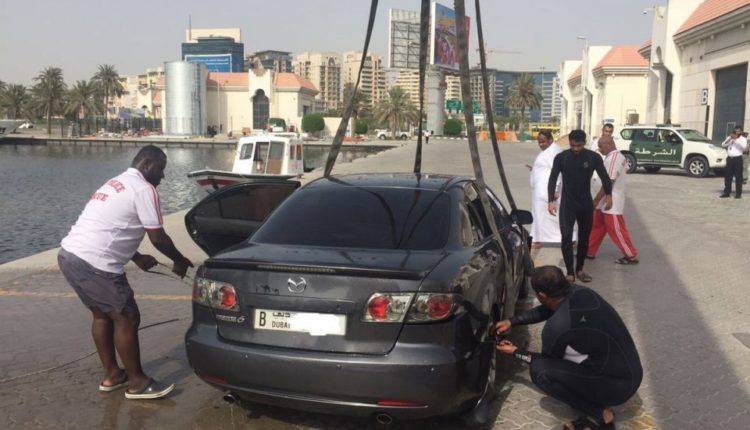 Dubai Police’s Department of Maritime Rescue of the General Department of Transport and Rescue recovered a Mazda car that fell in the waters of Dubai Creek.

There were no injuries in the incident, which occurred because its driver didn’t take sufficient safety measures when it was parked, and subsequently failed to apply the manual brakes in time.

Maj. Ali Abdullah al-Qassaybi al-Naqbi, head of the marine rescue department, said the department received a report from the operations room stating that a car was found in the middle of the Dubai Creek and the possibility of passengers inside. He said that the maritime rescue patrols rushed to the scene and arrived within two minutes.

Dubai Police divers searched the area where the car had submerged and discovered there was no-one inside the vehicle. The car was subsequently hoisted to the nearby pavement by the police crane.