This is the new BMW Concept 8 Series – a flagship 2+2 coupe that has been designed to take on the Mercedes S-Class Coupe.

Revealed at this year’s Concorso d’Eleganza Villa d’Este in Italy, the close-to-production design study will morph into a showroom model next year; following in its footsteps will be a broadening lineup of new 8 Series models that are set to include an 8 Series Convertible and 8 Series Gran Coupe.

“The number 8 has always represented the pinnacle of sports performance and exclusivity at BMW,” said Chairman of the Board of Management of BMW AG Harald Krüger. “The forthcoming BMW 8 Series Coupe will demonstrate that razor-sharp dynamics and modern luxury can go hand-in-hand.”

The concept is a long and rakish two-door coupe, which has a whiff of Maserati about its proportions. BMW, however, says that the car shows a ‘fresh interpretation of iconic BMW styling cues’. At the front, slender laser lights sporting a similar light signature to that seen on the new 5 and 7 Series flank an over-sized kidney grille. A carbon fibre front lip beneath is also said to underline the car’s ‘sporty and high-performance’ character.

In the cabin, a large centre console stack pours downwards, featuring a large infotainment screen perched atop of it. BMW says that there’s a “smooth connection” between the car’s three control clusters – the centre console, the instrument panel and the doors. Slim sports seats feature, while the cabin is trimmed in ‘Marino’ leather in dark brown and white. To lend a sporty feeling to the cockpit, naked carbon fibre trim is applied liberally.

BMW 8 Series Engines and Spec Details
As the 8 Series is only a design study at this stage, no official details on the platform or power-trains have been announced. However, Autoscommunity understands the 8 Series will be based on the same CLAR architecture as the latest 7 Series.

That platform has flexibility to adopt everything from a 2.0-liter four-cylinder engine right up to a 6.6-liter 12-cylinder motor. Indeed, recent trademark applications suggest that BMW plans to roll out a varied mix of models within the 8 Series range; names within the lineup that have been registered for trademarks include 825, 830, 835, 845 and 850.

At the top of the range, BMW has also ring-fenced the M8 badge, which indicates that the firm is eyeing-up a flagship rival for Merc-AMG S63 coupe. If given the green light, those models would likely use the 4.4-litre twin-turbo V8. 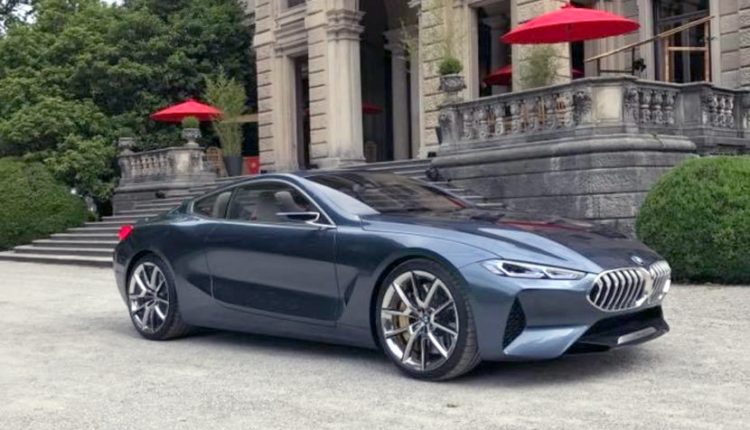 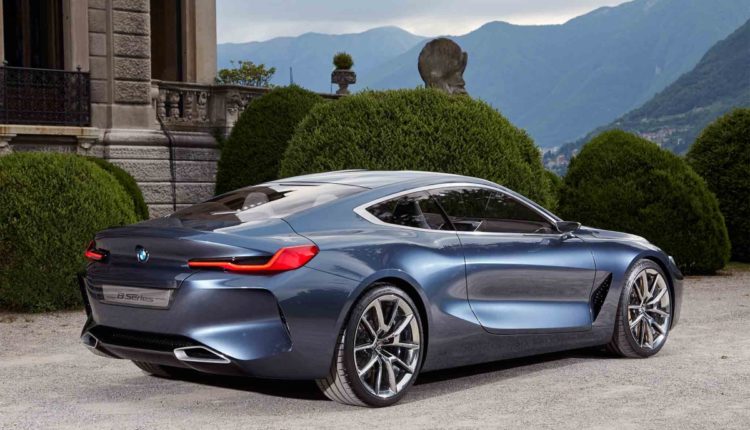 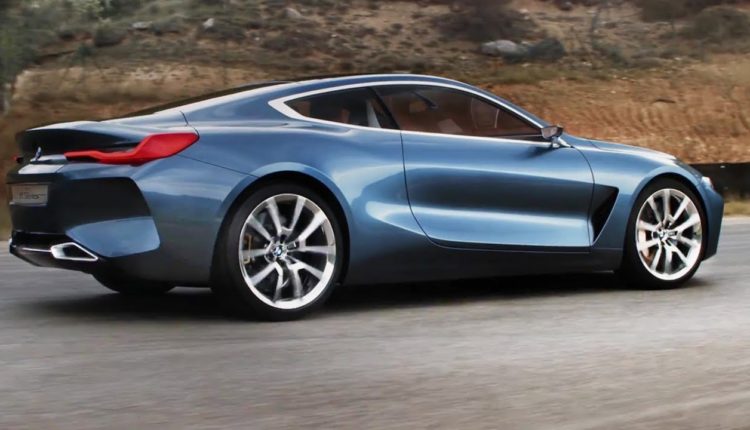