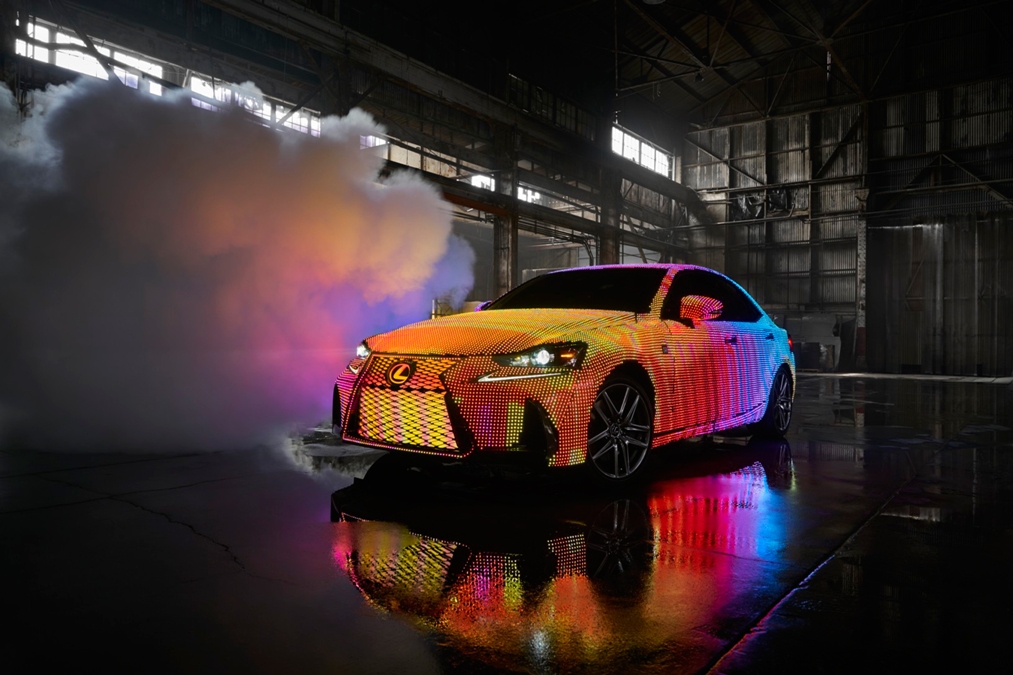 Lexus preserves its commitment to the fashion industry by returning as the Official Automotive Partner of NYFW: The Shows for the fourth consecutive season.

Lexus collaborated with NYFW: The Shows designers Nicole Miller, Jeremy Scott, TOME and Zang Toi on exclusive vehicle exteriors as part of the courtesy transportation fleet. These ten vehicles were wrapped in custom prints from each designer corresponding to their new Fall / Winter 2017 collections.

For the first time in public, Lexus unveiled its custom LIT IS vehicle with an experiential installation at Vanderbilt Hall in Grand Central Terminal on Monday, February 13 and Tuesday, February 14. Commuters were able to view the runway shows of Jeremy Scott, Nicole Miller and TOME on a larger-than-life screen positioned as a dramatic backdrop for the car. In tandem, the patterns and inspirations of their collections were animated on the LIT IS vehicle. Lexus provided coffee and an interactive PHHHOTO photo booth for commuters.

To highlight the new 2017 IS, Lexus developed a one-of-a-kind vehicle covered in 41,999 individually hand-placed programmable LED lights. The LIT IS has three functions: Attract – which can loop colourful graphics, Music Viz – which responds to the beat of any song, and Gesture – which reacts to users’ hand movements via Xbox Kinect.