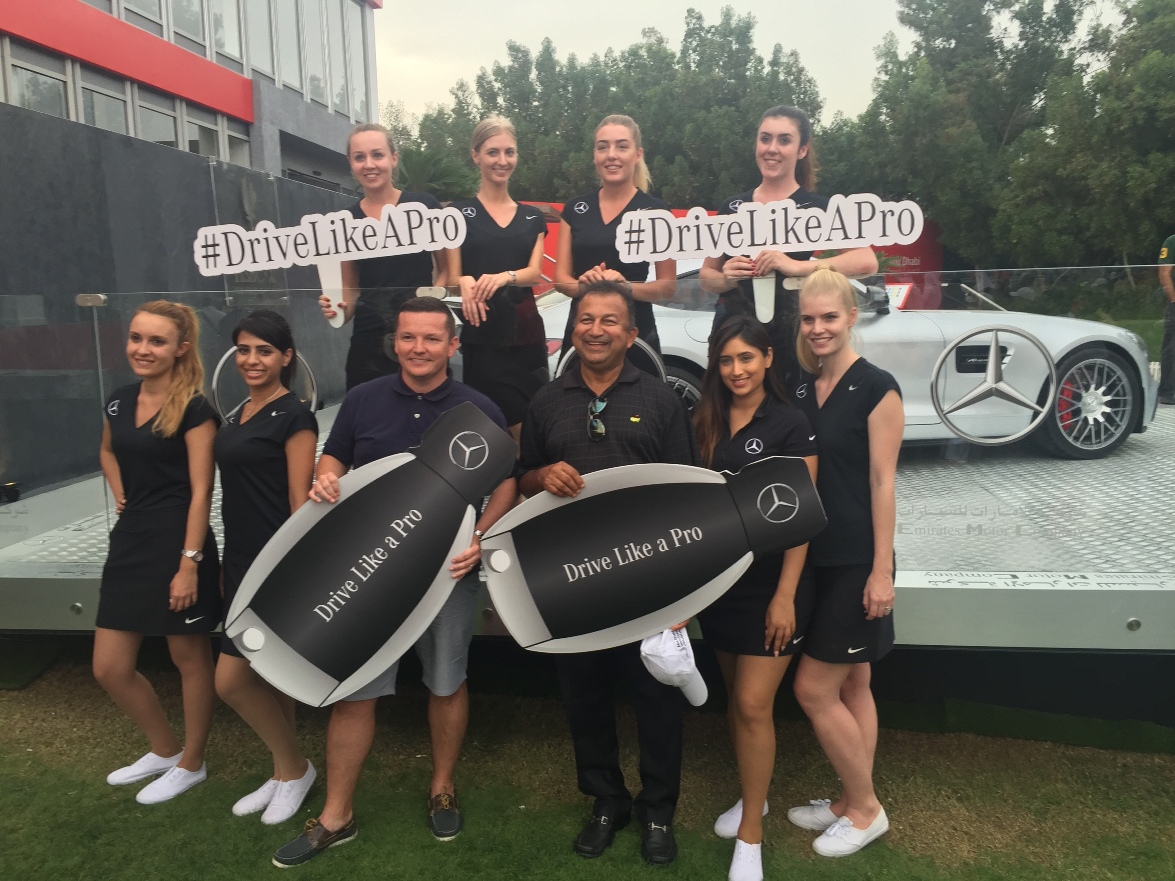 Three golf fanatics got a lot more than they bargained for when they went to watch the world’s best players at the Abu Dhabi HSBC Championship – taking home a brand new Mercedes-Benz along the way.

Ritchie Davidson, Ashok Kumar and Rebecca Ridge entered Emirates Motor Company’s (EMC) ‘Drive Like A Pro’ competition by completing a unique four-hole mini-golf challenge the Mercedes-Benz distributor had created inside its stand in the Championship Village area of the event.

The crazy course tested even the most experienced golfers’ abilities on surfaces that Mercedes-Benz vehicles are tested on regularly in the UAE, with a hole on grass, sand, road and rock.

The lucky winners said they were blown away by the top prize of a one year lease on the spectacular vehicles when they were presented with the stunning award on the 18thgreen following the conclusion of the HSBC Championship on Sunday evening.

Ashok Kumar, who runs a General Trading firm was especially surprised to win a Mercedes-Benz CLA 250, admitting that he had bought a new car only two days before.

He said: “I can’t actually believe it, I bought a car earlier this week and now I have this fantastic Mercedes for a year. My wife gave up her car when she started working at the airport though, so it will be great having two cars between us again.”

Ritchie Davidson, who works for a cost consultancy business, won the GLC Coupe. He thought someone was pulling his leg when he received the phone call to tell him he had won a car.

He said: “When I got the call I presumed it was a wind-up by one of my golf buddies who knew I had been at the tournament. I was sitting with my boss at the time and had to tell him I needed to leave to go and pick up a car I had won. “I was really nervous that when I got to the golf course one of my friends would be standing waiting with a toy car in their hands. Thankfully it was totally genuine though, so I’m delighted I entered the competition and I can’t thank EMC enough.”

Ritchie and Ashok also got a taste of the red carpet treatment as they were awarded giant cardboard keys during the Abu Dhabi HSBC Championship presentation ceremony on Sunday evening, where English golfer Tommy Fleetwood received the Falcon trophy.

The third car winner, dedicated teacher Rebecca Ridge who won the Mercedes-Benz SLC, couldn’t make it to the prize giving due to work commitments but was over the moon with her prize.

Emirates Motor Company (EMC), is the authorised Mercedes-Benz distributor in Abu Dhabi and the flagship company of Al Fahim Group.

Frank Bernthaler, CEO of Al Fahim Automotive, said: “We had some great fun at our stand during the tournament as players of all ages and abilities tried their luck on our unique mini-golf course. Congratulations to the three winners, I’m sure they will have an enjoyable year of driving and we’ll see them next year. “The Abu Dhabi HSBC Championship is a fantastic tournament that  brings global attention back to this great city and country. It somehow manages to improve every year and it is an event we are absolutely thrilled to be part of.” 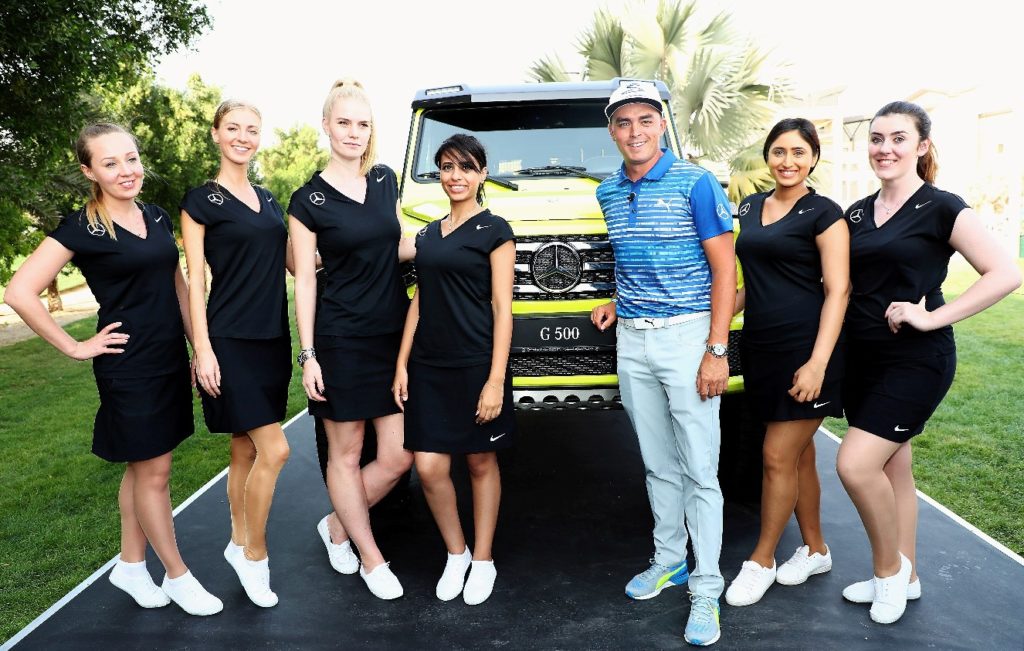 During Sunday night’s ceremony, the firm also awarded a cheque for 73,720AED to the Special Care Center in the capital on behalf of the company and the Abu Dhabi Sports Council, teeing off The Year of Giving in the UAE in genuinely fitting style