2017 Toyota Highlander: What Does it Share With the Lexus LS? 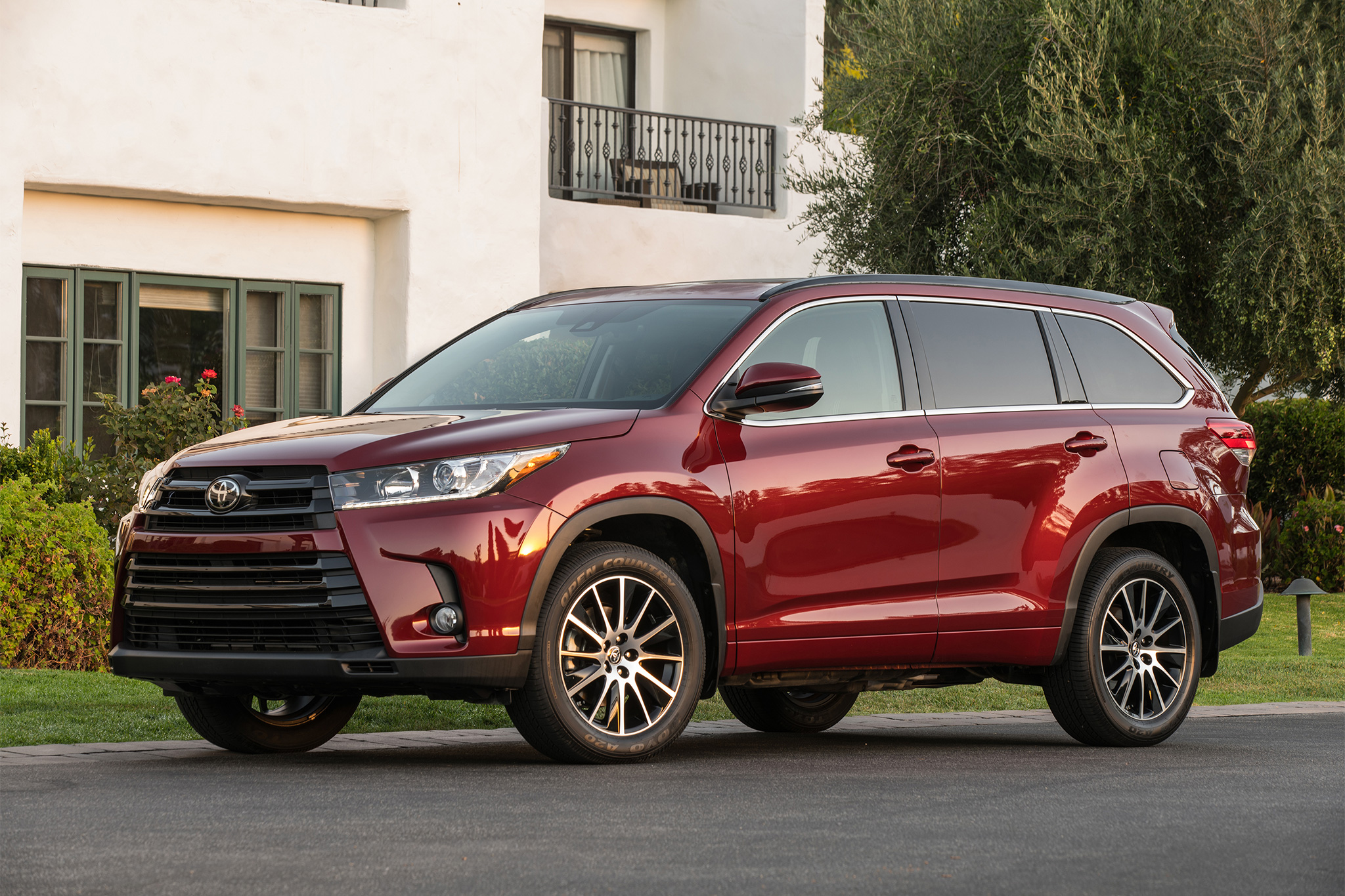 We recently spent some time with the updated 2017 Toyota Highlander to discover the cool ways the crossover is different from the 2016 model—and also how it has remained the same.

As the designated driver for most road trips, I don’t spend much time in third-row seats. Still, when Toyota provided a 2017 Sienna beside a 2017 Highlander, I had to try both family-mobiles. No surprise here, the overwhelming winner for space in the third-row seats is the Sienna. I couldn’t believe how much space was back there, but my comfort level went from mildly uncomfortable to unbearable in the Highlander. That’s to be expected, though, as the Toyota Highlander is about 8 inches shorter than the Sienna, which has more interior space overall. 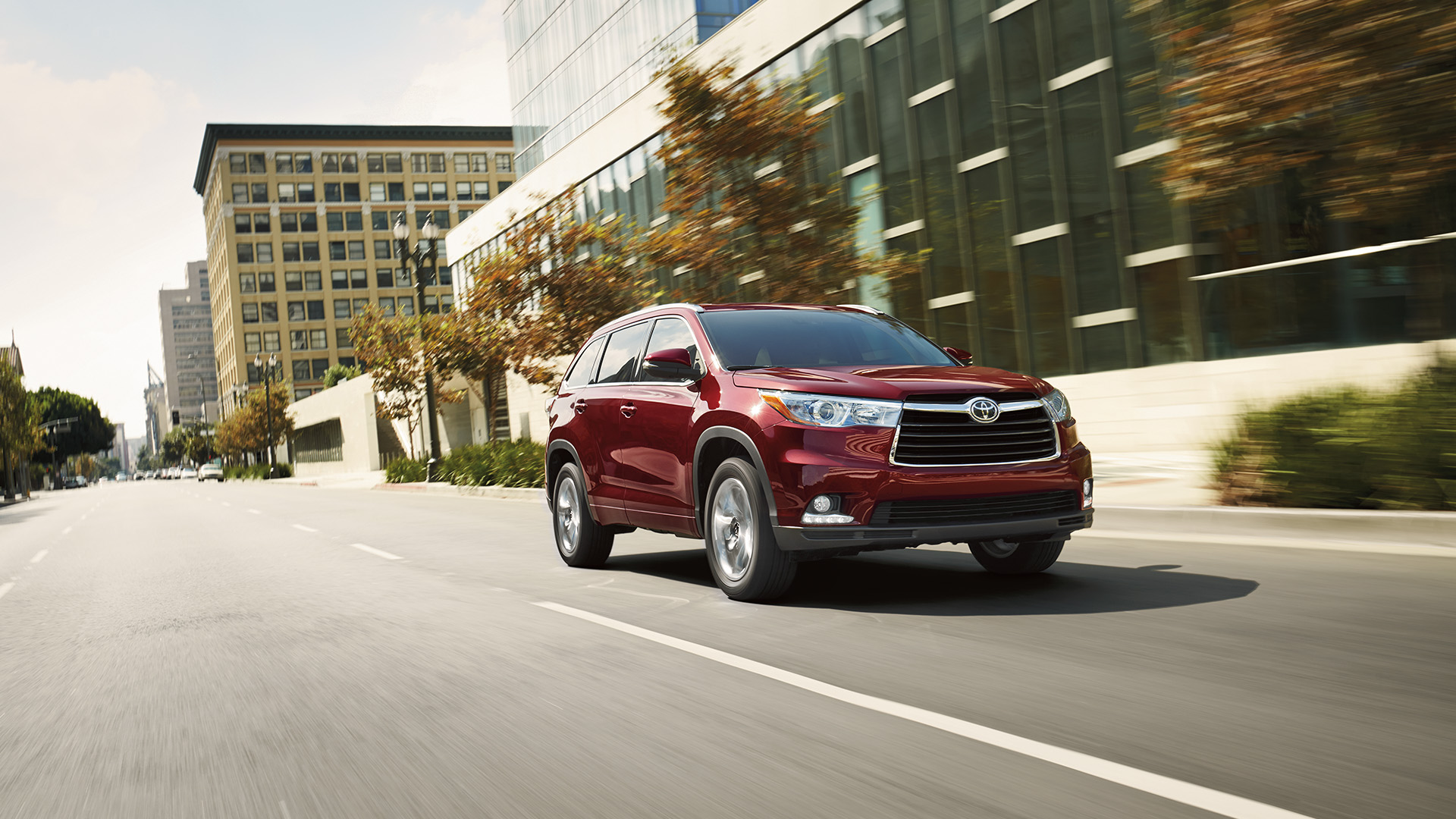 If the Toyota Highlander is a better match for your family, know that the higher-trim Limited and Limited Platinum trims can now be had in an eight-passenger seating configuration. (Previously, the trims only offered seven-passenger seating.) 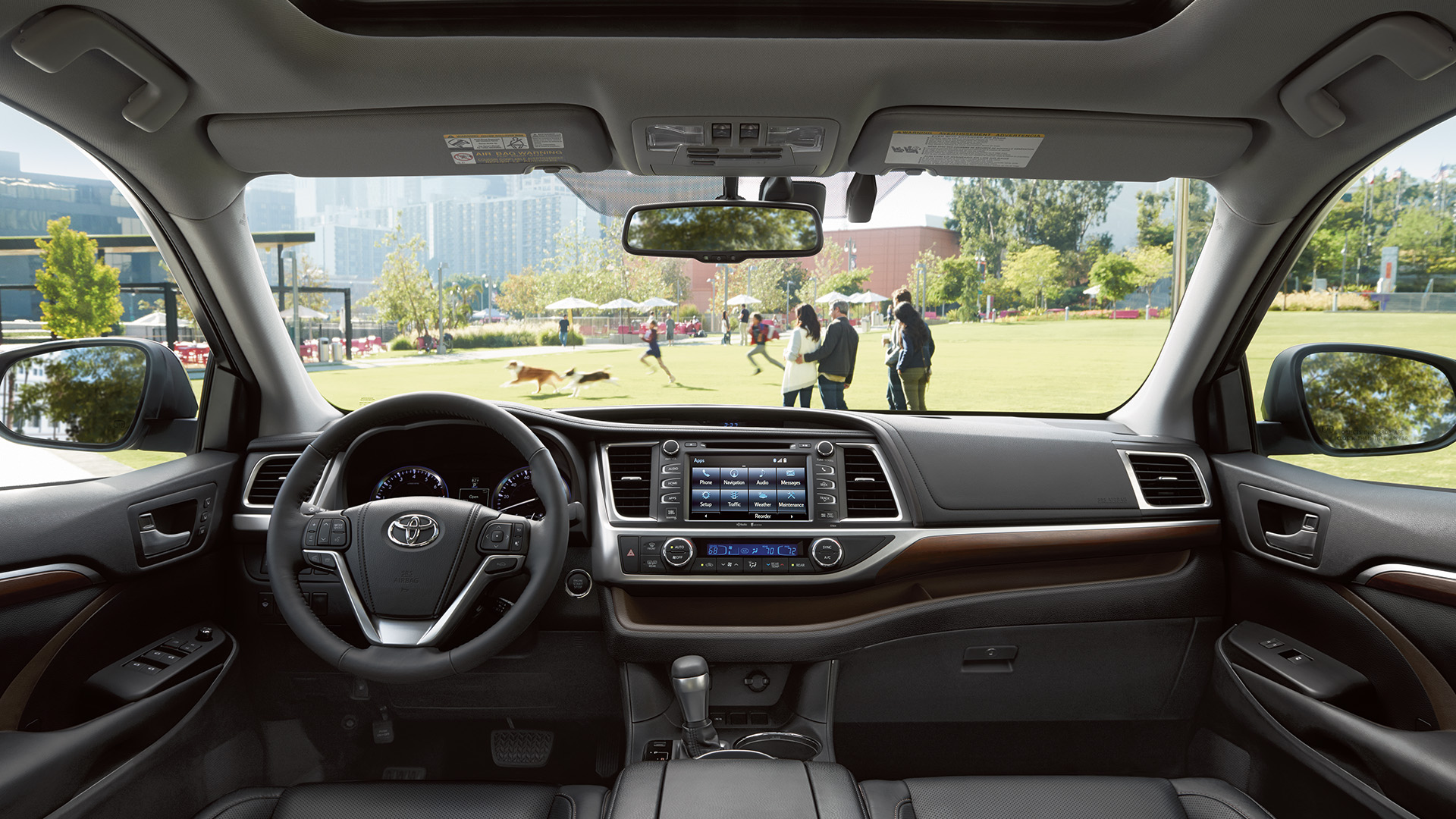 If you haven’t already, check out our First Test review on the 2017 Toyota Highlander SE, a new trim on the crossover this year. As on the Sienna SE, the Highlander SE distinguishes itself with suspension tweaks and bolder, more polarizing styling. In our review (with instrumented test numbers), the Highlander SE didn’t strike us as especially sporty and wasn’t the quickest in its class, but the enormous front grille is growing on some of us. Should you go for the SE for looks alone, be sure to select Salsa Red Pearl, a color you’ll only find on the SE trim. 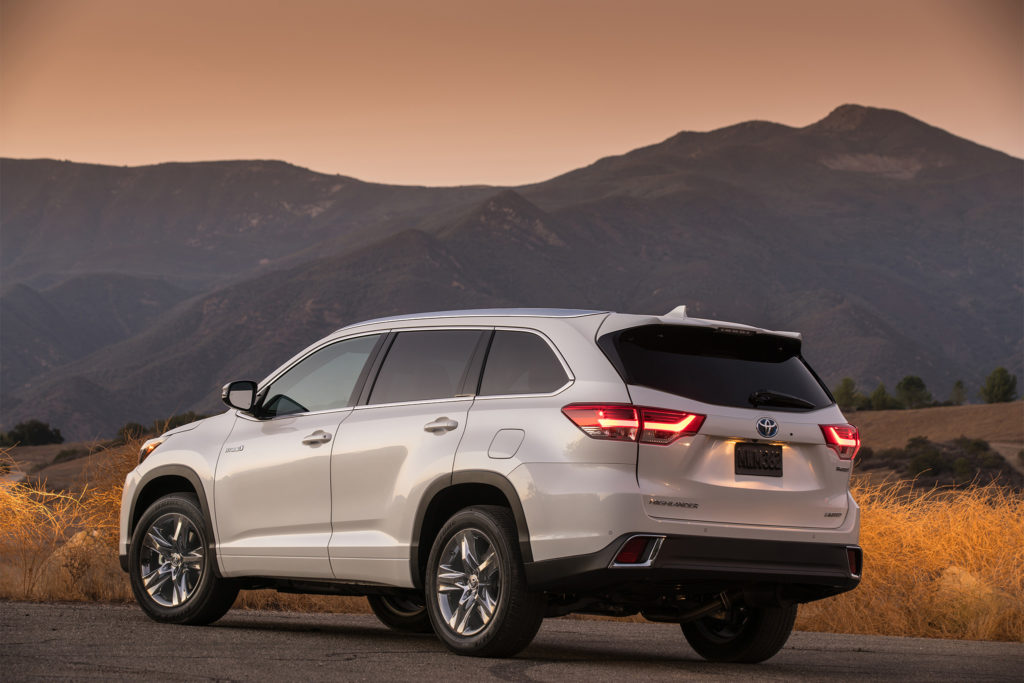 Toyota is making the Highlander Hybrid more accessible in 2017. Now available in LE and XLE trims, the six-cylinder hybrid might be considered more than it ever has before. The hybrid accounted for just 3 per cent of 2016 sales, is expected to hit 7 per cent for 2017, and may reach up to 10 per cent for 2018. How much would you be willing to pay for a hybrid version of the Highlander? 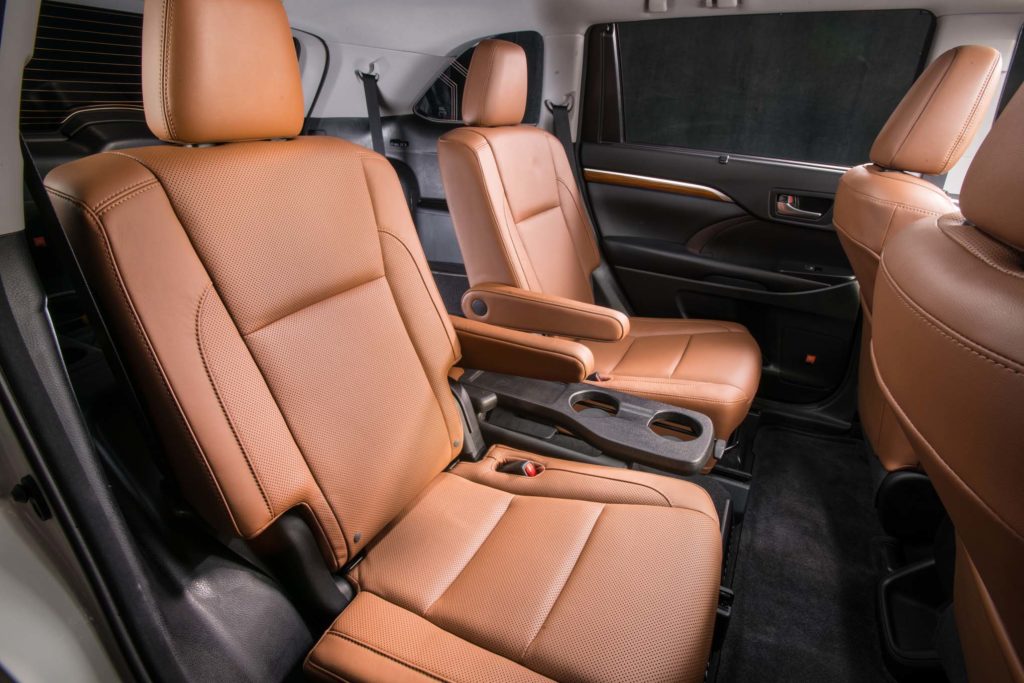 What didn’t need changing on the 2017 Toyota Highlander was its storage solutions. Aside from the flexible centre console storage area, there’s lots of space below the HVAC controls on the dash, which stretches in front of the passenger seat. My sister owns a 2015 Highlander and told me that although she really didn’t like the way it looked at first, now she appreciates and uses it all the time. 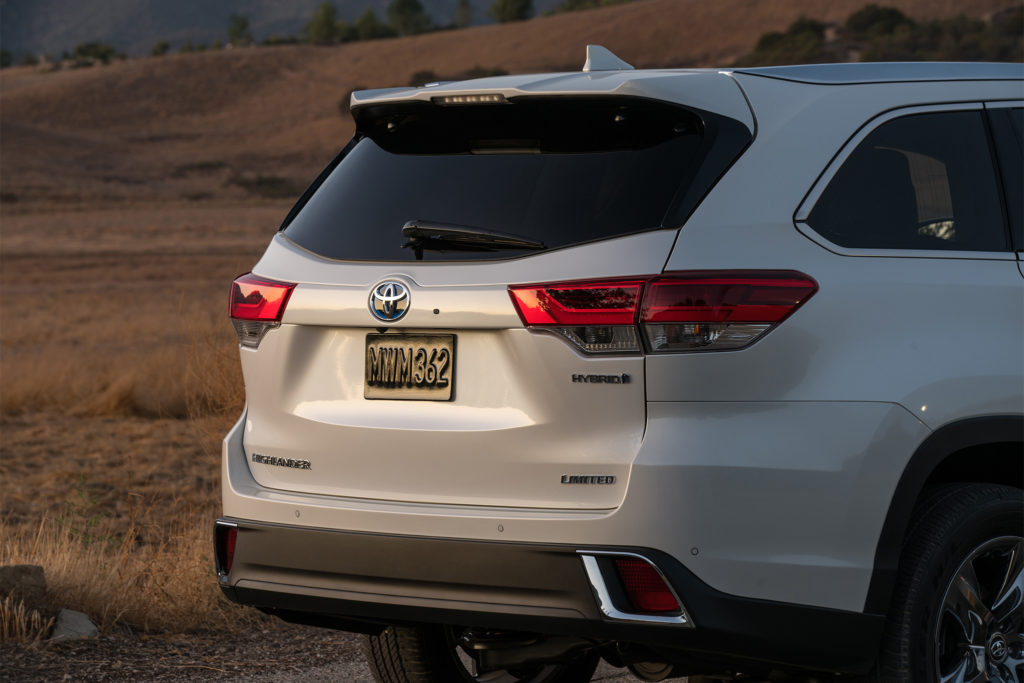 The 2017 Highlander is the latest Toyota to benefit from the automaker’s active safety tech package, which includes an automatic braking system with pedestrian detection, active cruise control, and a lane keeping assist system. It’s worth noting that this tech is standard on every 2017 Highlander, but we still wish Apple CarPlay and Android Auto were on the options list. 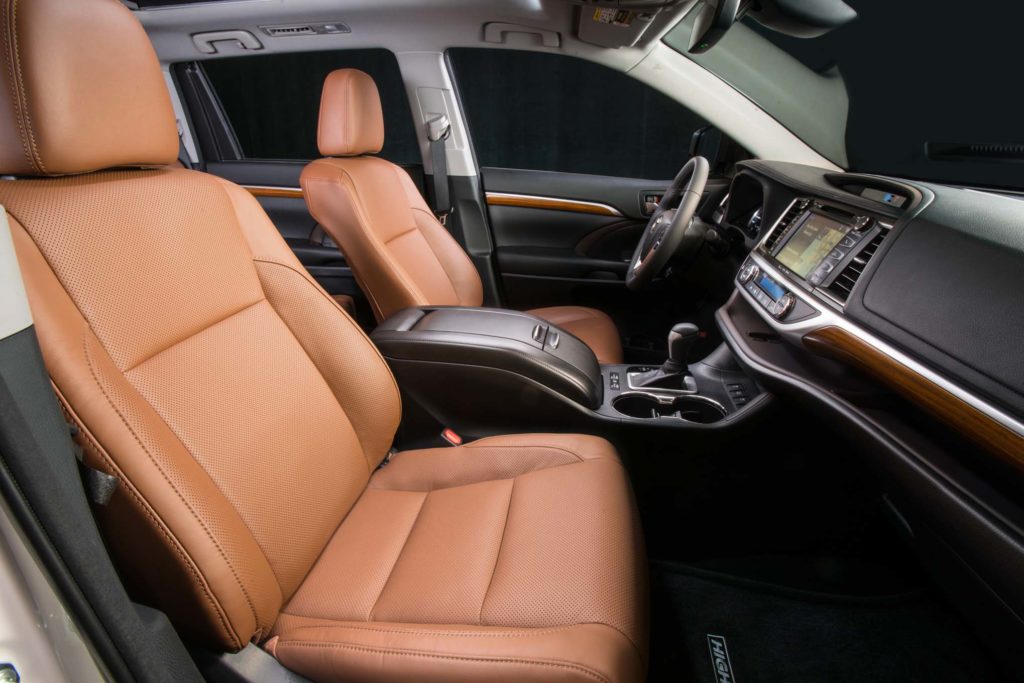 If you’re looking for a do-it-all family vehicle, you can’t go wrong with the 2017 Toyota Highlander. We rank it at the top of the class for its versatile interior, overall comfort and strong V6 engine. We’re confident you’ll agree.

Interior gets high marks for space and thoughtful features; excellent comfort thanks to a quiet and compliant ride; V6 engine is both powerful and refined; seating for up to eight passengers. 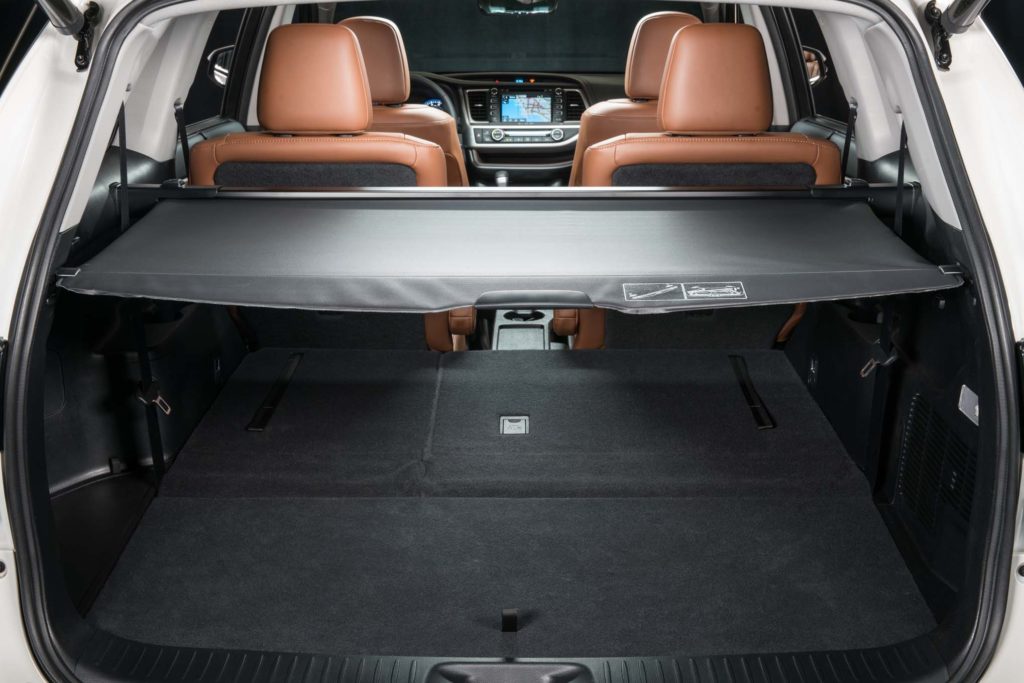 Four-cylinder engine struggles with the size and weight; third-row seat isn’t as roomy as those in some other top rivals.