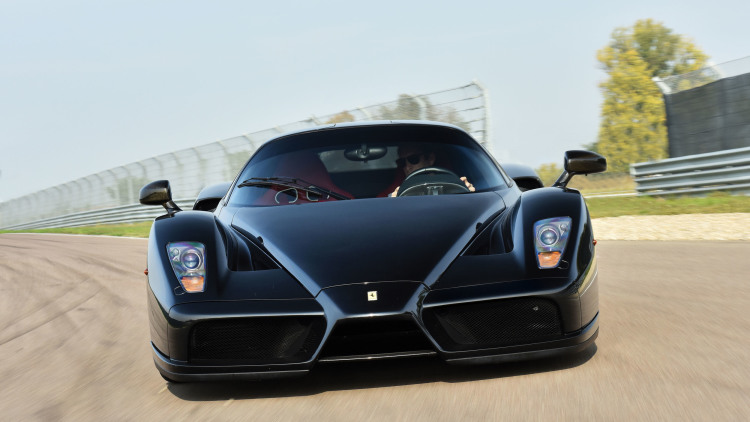 See this Ferrari Enzo? See how it’s in one piece? Well, it wasn’t always. It was involved in a horrendous crash a decade ago that split it clear in half. But it’s long-since been rebuilt and sold for $1.75 million at the RM Sotheby’s sale in Paris on Wednesday. The supercar in question belonged to Silicon Valley tech exec Stefan Eriksson, who crashed it into a pole along the Pacific Coast Highway in 2006. The Enzo was split in half, with the cockpit and nose on one side of the highway and the engine with its subframe on the other.

If it were any less valuable a car, it might have been a complete write-off. But as yesterday’s sale attested, the Enzo was worth fixing. So it was sent back to the factory where it was repaired, refurbished to as-new condition, repainted from red over black to black over red, and certified by the manufacturer. It was one of the top lots at RM Sotheby’s auction, but even at that price, it wasn’t the top earner of the day. That honour went to a rare 1962 Ferrari 400 Superamerica Aerodinamico, which sold for $3.3 million. Next up was a 1955 Porsche 550 Spyder that went for $3.07 million, followed by a ’57 BMW 507 Roadster for $2.25 million. The Enzo came in fifth. Oh, and that Delta Integrale we were pining after? It went for $150 grand. Shame we weren’t there with cash in hand.